Ewell Orthodontics values quality treatment and fabulous customer service. To enable us to do this we have surrounded ourselves with the best team possible. Our staff are highly trained and all nurses and therapist GDC registered. As one of our patients you will benefit from a dedicated Treatment Coordinator who is there to make your journey from the start to the finish as seamless and hassle free as possible. 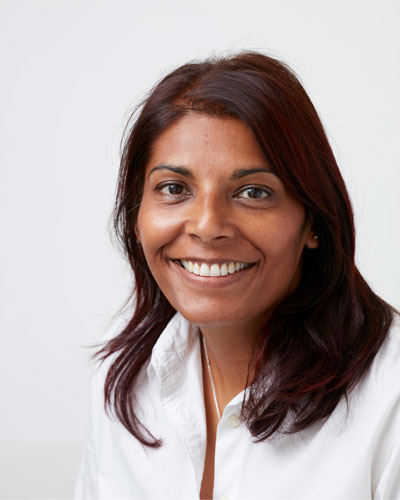 Partner and Specialist Orthodontist
G.D.C. No. 69483

Faiza Lewis (nee Darugar) has been a Dentist for over 26 years and a Specialist Orthodontist for 17 years. She graduated from Birmingham Dental School in 1993 and from Guy’s Hospital in Orthdontics in 2002. She has had a variety of hospital jobs in maxillofacial surgery and working for the Wandsworth Community Dental Service before starting the 3 year Specialisation Programme in Orthodontics. She started work at Ewell Orthodontics in 2002 knowing her friend, Richard Williams was working there too and in 2012 became a joint owner with him.

Along this journey Faiza has worked with many different children and adults to help them overcome their fears of dentistry. She continues to use this skill to help nervous patients feel confident enough to have braces and get the straight teeth they have longed for. She enjoys taking her time to explain all procedures and loves a good chat! She has also become involved with a few local schools with their career days to encourage students to consider a career in dentistry and has a keen interest in teaching within the practice and recently lectured at a Eupropean Conference.

In her free time Faiza enjoys skiing, going to art galleries and any type of live music or festivals with her husband. However these days she spends most of her free time looking after her young daughter which gives her much more fun and joy. 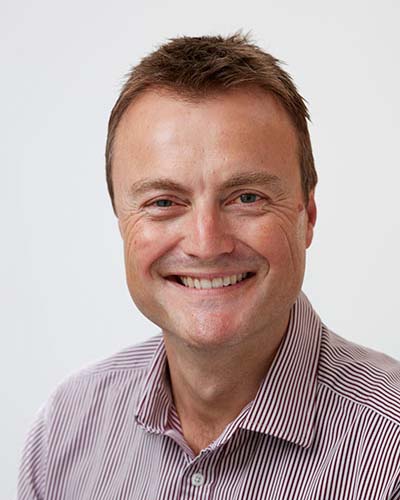 Partner and Specialist Orthodontist
G.D.C. No. 69758

Richard is a highly experienced Clinician, qualifing in dentistry at Guy’s Hospital in 1993 and then as a Specialist Orthodontist in 2001. He has since provided high-quality orthodontic care in both hospital and specialist practice, working at Ewell Orthodontics ever since it was established in 2001. Richard became joint owner when he bought the practice with Faiza Lewis in 2012.

From an early age Richard saw how enjoyable and rewarding Orthodontics can be through his Father, who was also an Orthodontist! As a teenager he helped pour-up the patients plaster models and was able to see the incredible improvements braces made to their smiles. In carrying on the family tradition, it is very apparent in his relaxed and freindly manner, how much enjoyment and satisfaction Richard gets from his specialty.

Outside dentistry Richard is an accomplished french horn player. He started playing aged 7 years and has never stopped, continuing to get great pleasure, and relaxation, playing in the Richmond Orchestra. For anyone concerned about the affect of braces on their brass or wind instrument playing, Richard is in a unique position to provide the advice and reassurance needed. Richard is also kept busy at home with his wife, Bridget, and sons, Jonty and Felix.